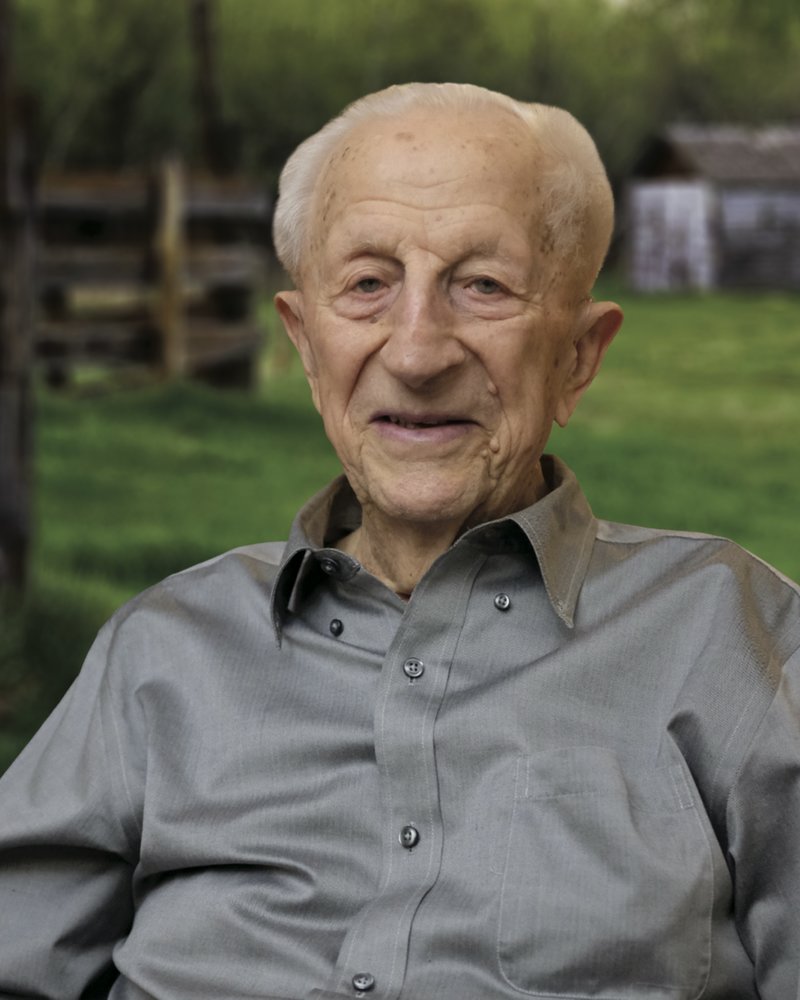 Alvin Harold Fink was born to Henry and Elsie Fink on March 27, 1921 at the family farm. He was the third of six children. He had two brothers, Edgar and Wilfred and three sisters, Vera, Lorene and Connie. He passed away January 3, 2020 at the Galahad Care Centre. Alvin was always a farmer, living and working first with his family, then later moving across the road to live and work with his Uncle Bill Fink. Alvin met and married the love of his life, Jean Price in 1949. Their first home was the tiny house Uncle Bill had built. Their oldest son Gary was born in 1952 and daughter, Bev was born in 1955. In 1957 a new house was built to the south and they continued to build up the farm. Terry was born in 1970 and the family was complete. Alvin and Jean moved to Forestburg in 2000 leaving the operation of the farm to Gary and Terry. In 2016 they moved to the Big Knife Villa and finally Alvin moved to the Galahad Care Centre in 2019. He will be sadly missed by his daughter Beverly (Alan) Bownes and their children Cara (Gary) Kroetsch, Taylor and Trent (Jamey); Jenny (Rob) Sigsworth, Gage, Teige and Emery; Nathan (Leanne) Bownes, Jordan and Liam. Son Terry (Nikki) and their children Brad and Aidan. Daughter in law Brenda (partner Brian Forster) and her children Shawn Fink and his children Brooke, Austin and Phoenix; Linda (Shane) Kells, Lexie and Kole; Holly (Caroline). Also, his sister Connie (Bob) Reid, sisters-in-law Elsie Bish and Lois Price, brother-in-law Gerald Price and numerous nieces and nephews. Alvin was predeceased by his loving wife Jean, beloved son Gary, parents and relatives too numerous to mention. Our deepest thank you to the amazing staff at the Galahad Care Centre for the care and kindness they had shown to dad during his stay there, especially in his final days. We will be forever grateful. We also would like to thank Darcy Jahns for catering the lunch. A Celebration of Life will be held at 1:00 p.m. on Friday, January 10, 2020 at the Forestburg Community Hall. Memorial donations in memory of Alvin may be made to the Galahad Care Centre or a charity of the donor’s choice.
To plant a tree in memory of Alvin Fink, please visit Tribute Store
Friday
10
January

Share Your Memory of
Alvin
Upload Your Memory View All Memories
Be the first to upload a memory!
Share A Memory
Plant a Tree