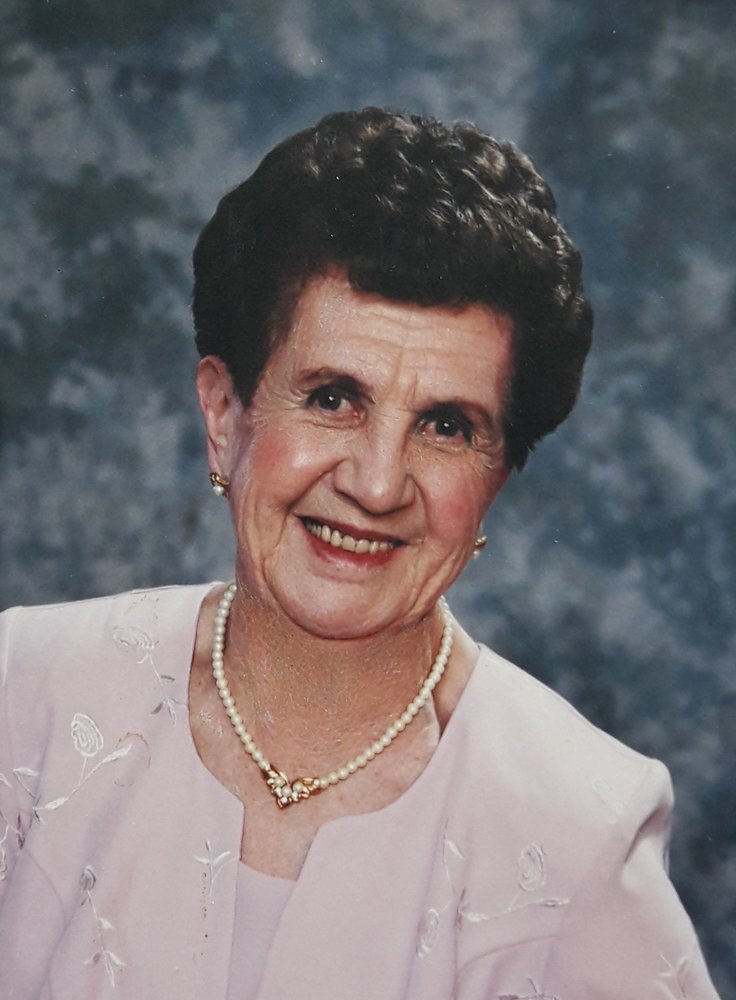 Thelma Margaret Helena Glennie (Lien) of Grande Prairie, passed away peacefully at the Queen Elizabeth II Hospital, Grande Prairie on 30 January 2021. She was the youngest daughter of Hans and Tora (Yttri) Lien, born at the Lien farm north of the Trinity Lutheran Church, Lougheed, Alberta. Thelma is survived by her daughter Margaret Beattie (Rick) of Grande Prairie, granddaughter Shannon Beattie (Logan Popesco), great-granddaughters, Sydney, Leondra and great grandsons Broley, Ulric, of Dawson Creek, BC; daughter Mary-Ann Tourangeau (Pierre) of Edmonton and Costa Rica; son Allen Glennie of Camrose; sister-in law Margaret Glennie of Victoria, BC; niece Leona Petrak (Michael) of Ladysmith, BC; niece Linda Glennie, of Bristol, England; Susan Sax-Willock (Tom Willock) of Banff; and nephew David Glennie of Chetwynd, BC. She was predeceased by her parents, her husband Robert John (Bob) Glennie (1991); son John Robert Glennie (1977); sister Bessie Sax (2018); brother-in-law Norman Sax (2013); and nephew Leslie Sax in 2018; sister-in-law Alice Reist (2006); and brother-in-law Alex Glennie (2014). Thelma attended the one-room Valley School near the family farm and worked at the Red Head Restaurant in Camrose until her marriage to Robert (Bob) Glennie in 1954. Bob and Thelma moved to New Norway for work on Elmer Swan’s farm and then to Sedgewick to work on Bob Munroe’s farm with their 4 children. In 1974 they took over and moved to the Glennie family farm, just down the road, where they remained until Bob’s death in 1991. Thelma then retired to Camrose, Alberta where she accumulated many bowling and floor curling trophies and worked tirelessly at the Camrose Legion. Lastly, she relocated to Grande Prairie to be near Marg and Rick Beattie in 2016. Bob and Thelma were great dancers and enjoyed attending every community dance they could in Sedgewick, Killam and Lougheed. She also enjoyed weekend family fishing trips and managed a catch of a 16 lb. Northern Pike and photo in the Sedgewick Community Press. Mom was not a world traveler, had fondest memories of the ladies’ trip to Norway (Thelma, Tora and Alice) to meet and visit family and explore her home country, as well as all the family Christmas trips to Vancouver Island to visit Alice, Leona, Mike and their kids. Mom kept huge vegetable gardens on the farm and grew flowers inside and out all through her retired years. She also loved birds of all kinds and deeply enjoyed watching her bird feeder outside her window in Grande Prairie. Her kind and gentle soul, as well as her strong Norwegian personality will be missed by all who knew her. A private family burial will be held at the Sedgewick Cemetery. In lieu of flowers memorial donations can be made to the Alzheimer’s, Dementia and Cancer foundations. Thelma’s family would like to thank long friend, Gilbert Chalifoux, for all the help he gave her over the years while residing in Camrose. We would also like to thank the wonderful nurses on 5 north at the Queen Elizabeth II Hospital in Grande Prairie for their caring and kindness in mom’s last days particularly with all the complications and stresses of the continuing COVID-19 pandemic.

Share Your Memory of
Thelma
Upload Your Memory View All Memories
Be the first to upload a memory!